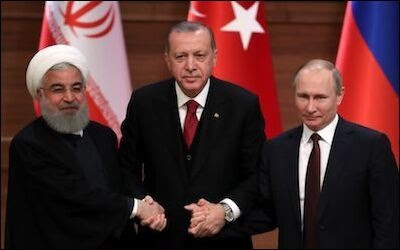 Turkey and Russia are increasingly becoming strategic partners in an effort to work with Iran and remove the US from the Middle East. This is Turkey’s overall goal, and the recent conflicts and chaos it has spread from Syria to Libya, the Mediterranean

Source: Claiming to Counter Russia and Iran, Turkey Partners with Both